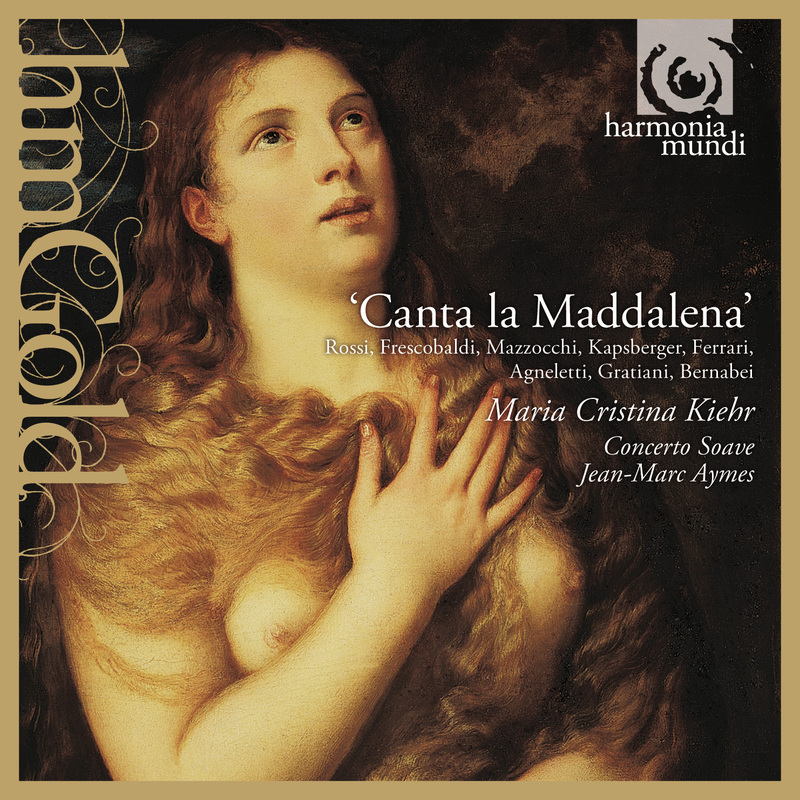 Magdalene at the foot of the Cross.
The theme of the deploration represents one of the keystones of the Italian baroque revolution in the first half of the 17th century. These lamenti constituted the ideal framework for putting into practice the latest discoveries in expressive solo singing. Freed from the subtleties of counterpoint, it was now able to communicate the emotion expressed in the words directly to the listener. In this respect sacred music was not far behind and it is easy to understand why the plaints of Mary Magdalene at the foot of the Cross were so abundant, especially in Rome where religious music had always occupied a more important position than elsewhere. The solo motets of Rossi, Agneletti, Mazzocchi and Frescobaldi bear dazzling witness to this specifically Roman musical activity.

“Her voice is androgynous yet voluptuous, here and there echoing mannerisms of her teacher Rene Jacobs. Above all, Kiehr imbues this music with a sense of spiritual rapture, combining naivity with sensuality to suggest the character of the Magdelene. Concerto Soave provides
some inspired continuo realizations… harder to imagine how this music could be realised more beautifully." BBC Music Magazine